5 mobile RPGs you have never heard of

There are two main families of RPGs. The Japanese counts sagas such as Final Fantasy and Dragon Quest, and often features storylines based on the fight between good and evil, with characters that follow the cartoon traits. The western family instead sees series such as Baldur’s Gate and Mass Effect as founders, video games with stories usually darker, in line with the characterization of the same characters. The component RPG-istic does not stop only at the mere genre, and indeed, over the years, it has branched out into many types of games, from shooters to racing games. We see all five titles not very famous that exploit the mechanical GDRs differently from each other. 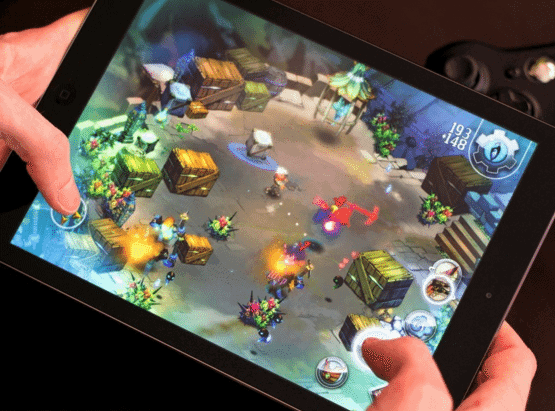 It is a clever mix between a turn-based RPG in Japanese mold and a classic card game, set in somewhere between steampunk and fantasy. The story tells of the dark events of the reign of TRIPUDIA, dominated by genetically mutated monsters by a mysterious magic plague. The fights have proven very well-designed and innovative, which is why we recommend it highly.

It could almost be considered a substitute for Icewind Dale and Baldur’s Gate as a game setting, but that would not do justice to this product very well done. Sequel of Battleheart, this action RPG with isometric view ì, proposes a progression and a development system to say the least addictive, accompanied by many goodies taken directly from Dungeons and Dragons. Unmissable.

No getting around too: The Shadow Sun is a robust role-playing game developed by veterans responsible for products such as Neverwinter Nights, an element that should already make you understand the goodness of the title. The plot here plays a vital role, in which the protagonist is the sun, which was contaminated by an alien force. The consequences are both mysterious and dramatic, and it’s up to you to find out how to resolve the issue by fighting halfway between action and RPG, multiple-choice dialogues and more than two hundred items to collect.

Inspired by the eponymous series of fantasy books aimed primarily at young audiences, Beast Quest can compress on the mobile the adventure genre with the role of using a formula that convinces. Good (but a bit ‘simplistic) the combat system, taking in a bit of Infinity Blade. However, some selections in the monetization model, along with little variety in the offer, affecting the quality of the final package. However we would like to recommend it, and because it is free, both for the uniqueness of the experience.

Certainly the best known of its nature completely free of charge (except for some small and futile microtransaction), which in any case we would like to enter for the simple fact that everyone should know. Despite not propose practically nothing original, Swordigo is a pleasant blast from the past. The good gameplay combined with an offer of a lot of content can make us turn a blind eye on the graphics anonymous, primitive and not at all in step with the times. An Action-platformer that takes the good of The Legend of Zelda and Tomba!, and fuses for an adventure that deserves to be savored.