So, you’re home from a long days work and you find yourself in front of your PS3 with nothing to play. You only have $8 in your PSN account. What can you play that’s fun and will keep you occupied? I have just the game. It’s called Dead Nation. 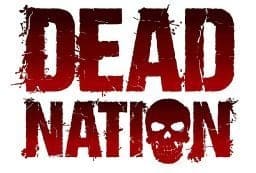 I know, you’re thinking “not another zombie game” but give it a chance. I’m not prone to play zombie games. I’m not even a huge fan of SHMUPS (shoot em ups), but this game blew me away. I stumbled across it on my PS4 when it was free on PSPlus. I fell in love with it and thought, I wonder if I can play this on PS3. Well, I did. It became my go-to game for quite a while. Having several difficulty levels from very easy to insanely difficult it gives you plenty of range to become a great zombie killer!

The premise of the game is you’re either the guy or the girl and you have to get across town to the doctor that knows you’re immune to the virus and needs you to make a cure. The storyline isn’t all that spectacular. You know how it goes. Go to this hospital then you have to get to the police station, etc. All the while you’re upgrading your armor and buying new weapons in the process. There are varying types of zombies and creatures that stand in your way. 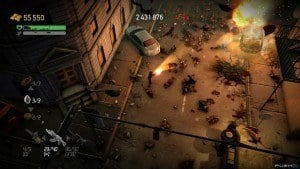 The gameplay is great. You can either play alone, local co-op or online co-op. There is a leaderboard so you can compete with your friends and see how you stack up. Some of the zombies can be killed easily, some will slice you in half, some jump around and others run fast and zigzag around making it difficult to shoot them. There are new challenges around every corner and also DLC to make things even more interesting. Some of the guns will make you laugh. Like when you cut the zombies in half with the Blade Cannon. Setting up mines to blow them to smithereens when they step on them is also an entertaining and effective trick.

Graphics are really quite nice for the price and expectations. It comes from Housemarque which, unbeknownst to me, is one of my favorite developers. They also created Resogun and Super Stardust HD. I love both of those games.

Controls in this game aren’t bad. You need to have a decent controller, such as a Sony DS3, and not a knock-off. I tried it with my el-cheap-o controller and there wasn’t enough control in the aiming. A DS4 works really well. Getting precise direction is crucial in this game. You’ll end up shooting everywhere except at the zombie without it. It has a great set up from the start and I didn’t have to tweak the controls at all.

All in all I would say this is definitely a game worth your time. It was my first Platinum and I don’t trophy hunt. I looked and was really close from just my play-throughs so I figured why not. Also, having my Game Genie made it even more fun. Being able to cut enemies in half constantly with 9,999 blades for my blade cannon was awesome. However, on the hardest difficulty it didn’t matter. It took 6 or 8 blades to kill some of them. It was definitely a rewarding Platinum to say the least!

Give it a try and check out the Game Genie! It will add great replayablility to your games. You can find me on twitter @johnfrazarjr and I’m usually around the forum.

Just your friendly neighborhood redneck from Alabama keeping things interesting. I cling to my God, my games and my guns! Roll Tide and HAPPY GAMING!! You can find me on Facebook and Twitter @johnfrazarjr
@JohnthePooka
Previous Can you update your PSVita games while on lower firmware?
Next Run Sackboy Run is free for the PSVita this week