PS1 Exploit Revealed and is PSvita Hacking Scene in trouble? 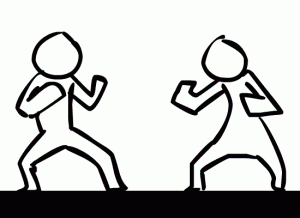 Well let’s just get right down to it. There has been a battle going on behind this scene and it has finllay blew up on twitter today. I don’t know what going on and why it’s happing but qwikrazor87 and acidsnake have blew up the secne with all of qwickrazk87 work and that is a lot of stuff as seen here in the tweets below.

@qwikrazor87 I work weekends, and you know that…

Here’s part 2 of qwik’s “goodies”: https://t.co/AycJRbHHEs Including kernel exploits, and a big time golden exploit that qwik and I found

Full working and bugless PSX sound can be achieved by buying either Tekken 2 or Sports Superbike 2, they are exploitable, no need for PEOPS. — Acid_Snake (@AcidSnakeDev) September 13, 2014

For the record, I wasn’t planning on releasing everything at once, but over time. @AcidSnakeDev

I still can’t believe what I’m seeing and that acidsnake would just say F*** it..

Specially the PS1 expliot, as that was suppose to be saved for a rain day and Christmas. Then those Kexploits too, This is going to really set back the psvita -psp hacking mode scene or is it? 😉

Here are a few pictures of what they call TN-X.. Since it is the work of qwikrazr87, Acidsnake, & Total_Noob and as been talked about publicly.

I have had alot of fun playing with TN-X for a while now but all good things come to a end. I just was hoping not so soon since the ps tv is not out yet and this Christmas was going to be a good one.

How to trigger Tekken2… go to survival mode pick any character and lose thats it..

Well Christmas has came early in the form of a big scene fight that should have not happen like this. I really don’t know what happen but qwilkrazor87 did say” he had no plans on releasing them all at once. Well Acidsnake had another idea and released them all..Time to move on to bigger and better things..

The twitter links I have put above all work and you can download all the files. Now this does not mean that there are no more psp exploits left for VHBL as we seen in the past thing can be re-exploited. This has been one crazy time in the scene as you can tell..

Here is a list of all leaked for VHBL ports for the following games:

Finally, the leaked archive mentions the following games: God of war – Ghost of sparta and Tiny Hawk. It also contains critical information about PS1 exploits in games such as Tekken 2, which can allegedly be used within the PS1 classic games to run PS1 isos with sound (something that was not possible perfectly on TN-V).”

Please leave your comments and tells us what you think about this whole thing..