Ok, let’s get down to business. IF YOU WANT TO KEEP TNV DO NOT UPDATE! There. Now that was said, and will most likely be repeated, we can continue.

As you may have heard Sony pushed PS Vita firmware 3.10 around 5am EST this morning, and yours truly broke the news even before the Twitter Vita update bot, so allow me to gloat for a second. You may also inflate my ego @heleius if you so desire. 🙂

I could copy and paste the firmware changes from Sony, but I’m a meat and potatoes kinda guy so here’s what’s new. They added a worthless Calender app. It syncs to Google Calender. You may find some use for it if you carry around your Vita like a cell phone, and don’t actually have a cell phone. Normally this would be the part where I begin to bitch about another used up mandatory icon, because of the 100 app limit, but Sony actually listened to us and they have raised the app limit to 500! However I’m sure there is someone out there that bought every PSP mini and is bitching that 500 apps isn’t enough, and I wish him luck in his crusade to get the new limit raised. You can now also search for specific songs, rather than scrolling up and down, in CMA, because, hey I use my Vita to listen to my mp3 files. Can’t be without music while filling out that Calender right? (Sony says you can use the calender to schedule online game play sessions, uhm, no.) You can also manage your memory card in CMA as well. Still no deleting of game saves though, if you want to do that you have to delete the whole game. >insert comment about cake and eating it here<

There is still no PS4 link for the Vita TV either but you can now use your DualShock 4 on the Vita TV so it has touch support, in a form at least, could this be the end of the whitelist? Doubtful. PlayStation Mobile got support as well. I filed the latter into the ‘uh, who gives a shit file’ and the former into the ‘about fucking time file.’ Oh yeah, ALL PUBLIC EXPLOITS ARE NOW BLOCKED. So don’t update. Even if you missed all 10,000 exploit games that were released Sony will most likely put them back in the store and you can get them with Charles/SKFU proxy method, or OpenCMA/PS3 method.

Step 1. Google it and don’t ask me questions about it. Finished.

CMA also got an update, but have no fear! OpenCMA r5 still works! Simply download the new CMA here. Delete the current CMA on your computer and install the new one. Then reinstall OpenCMA r5 patch and you are good to go. Don’t forget to run “set.dll” 1st as administrator then run “runme.exe” 2nd as administrator AFTER you closed CMA down.

It was also a big day for Vita software. Deception 4 is out on PSN now and it is basassery at its finest. Killing a hero by bouncing them off multiple death and torture traps? Hell Yes! We also got Destiny of Spirits, which you can read about here. And Finally Dynasty Warriors 8 hit the Vita today too. We also got the demo for Conception 2 and it allows you to save your game and carry it over to the retail version! Finally in the apps department we got Hulu+ and RedBox Instant video services. *The three people in the back that have RedBox rather than NetFilx go wild…*

Questions/Comments? email me at idontcare@whatyouhavetosay.com 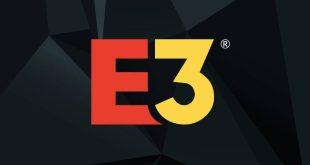