Some Big Announcements for the Psvita.

Well, today was a very big day in terms news for for our favorite handheld, the PS Vita. Considering the UK got a nifty breakfast launch event for the Vita 2k, it was surprising to see the new slim Vita confirmed for the US in a tweet from @PlayStation. The Vita 2k will come bundled with the long awaited Boarderlands 2, with all DLC, an 8gb memory card and of course the the Slim Vita, sometime this Spring. What wasn’t made clear however was if we are just going to see a one color US launch, or if we will get a rainbow of choices like Japan. My guess? Think Henry Ford’s Model T, “You can have any color you want, as long as that color is black.”

So, the million dollar, or should I say 200 dollar question, should I buy a new 2k Vita for the same price as the current 1k model?  In my honest opinion, no. The 2k’s may have a dash of longer battery life but the OLED screen of the 1k Vita puts the new LCD 2k screen to shame. It’s like looking at a HDTV vs an old regular tube TV. (for you youngsters, they are those things in your parent’s garage that are gathering dust, that one day will go to charity or be sold for 2 bucks at your next garage sale) Is there really that much of a difference? I think so, but you be the judge. Basically the 2k is the same thing for the same price with a crappier LCD screen. The only plus side of the 2k? Bigger start and select buttons. Battery life means nothing to me considering I bought the $20 Vita battery pack. It literally extends the life of your vita by 6+ hours and will also recharge any other USB gadget you have as well (think cell phone.) So what I’m saying is, if you don’t own a Vita, go buy the 1k model before they disappear forever!

Along with God of War, we also got some good news for you Sly Cooper fans. The Sly Cooper collection features all 3 of the PS2 games. Thievius Racconus, Band of Thieves and Honor Among Thieves. These 3 PS2 classics have been remastered in HD as well as will “optimized for the Vita.” Whatever that means. Probably some unnecessary touch screen action, but who really knows with Sony.

Also announced today is the classic PSP monster hunting hit Invizimals. Both the PS3 and Vita are getting titles, but the Vita’s will be a completely different game, called The Alliance, not a port of the PS3 game or a remake of the PSP game. Eat your hearts out Pokefans!

Sadly, we haven’t had any word of a US/UK Vita TV release, or a 64gb card for that matter. It’s as of Sony wants the system to fail. I don’t know a single PSP, Vita, or PS4 fan that wouldn’t pick one up. Heck even those “not into gaming types” could grab one for the same price as a Roku and make their stupid HDTV smart. 😉 It’s kind of a no brainier when you have 2 smart TV boxes, both costing 100 bucks, only one does everything the other does and play an entire library of PlayStation games. 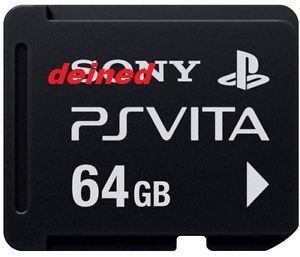 Even adults that outgrew video games could take a trip down memory lane with a PS1 Classic for the same price as a Smart TV box with a Vita TV Sony! What the hell are you thinking?! PS Now + Vita TV with PS4 link = every PlayStation gamer ever buying one. Oh well, this is Sony we are talking about. But seriously, why wouldn’t you corner the market for smart TV boxes? Think Sony, Think! Release the Vita TV in the West!

Coming up in my next installment I’ll show you how to get PSN games on a higher firmware than your cfw is on working. Yeah, Rebug users, I’m talking to you!

In the meantime I’ll be tearing my way through Danganronpa: Trigger Happy Havoc on the Vita, FFXIII Lightning Returns on the PS3 and Outlast on the PS4. Well this week anyway… 😉